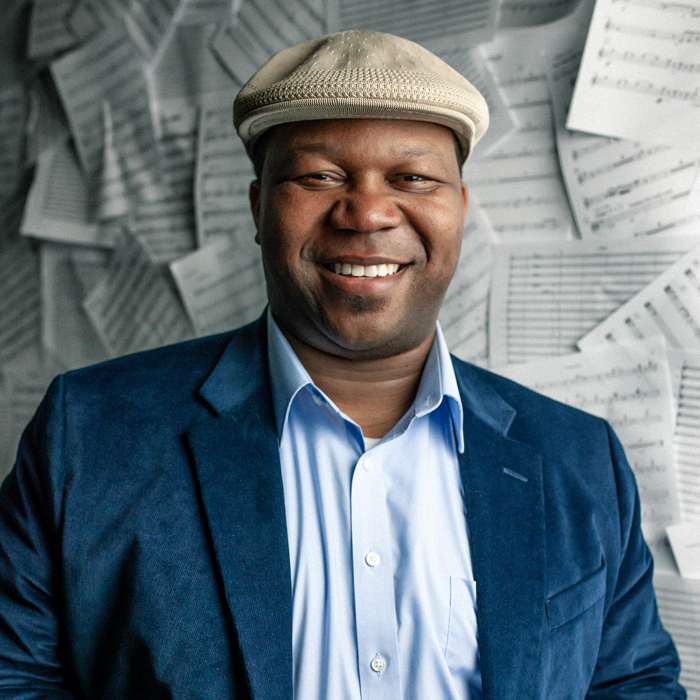 Marcus Lewis holds a BM in jazz performance from Valdosta State University and MM in trombone performance from the University of Nebraska at Omaha. Marcus currently lives in Kansas City, MO where he leads his own quintet and 18-piece big band. His latest project, “Brass and Boujee”, debuted on the iTunes Jazz Charts at #2 and the Billboard contemporary jazz charts at #15. Marcus has a passion for education and is the Founder and Artistic Director of Future Jazz, a nonprofit dedicated to jazz education. He is also the Adjunct Jazz Trombone Professor at the University of Missouri-Kansas City Conservatory of Music and Dance.

Marcus has performed at venues that include the Kennedy Center for Performing Arts, the Klaipeda Jazz Festival in 2003, and the Jimmy Carter Summer Concert Series in 2008. As a sideman, he has also performed at the 53rd Annual Grammy Awards, the 2010 New Orleans Jazz Fest, the 2011 Glastonbury Festival, the 2011 Nobel Peace Prize Concert and the 2012 North Sea Jazz Festival, the Sydney Opera House, and for President Barack Obama at the White House in 2011 and 2012. Television shows include SNL, David Letterman, The Today Show, Jools Holland, Arsenio Hall, and American Idol. Marcus was awarded the 2008 Betty Carter Jazz Residency and the 2003 Outstanding Soloist award at the Wichita Jazz Festival, and won the Charlotte Street Generative Artist Award in 2018.